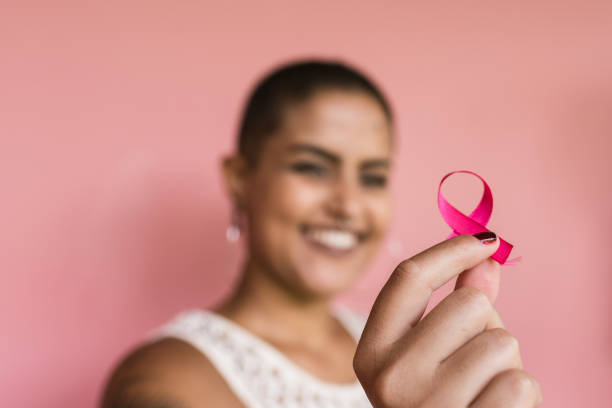 Breast cancer has been diagnosed in humans since ancient times and has been mentioned in some historical writings, and it seems that breast cancer was first observed and treated historically in ancient Egypt.

It may not be possible to accurately document who was diagnosed with breast cancer in the first place and where, but nevertheless the knowledge of breast cancer and its reference to it as a disease dates back to 1600 BC. The writings of the ancient Egyptians go back.

At that time, in describing this disease, which is now known as breast cancer, information was mentioned in a papyrus named “Edwin Smith”. In these writings, a simple treatment method has been proposed in which the part of the breast where the tumor is touched is burned or hot. It is thought that at that time there was no more effective treatment for this disease than this method.

The history of research to find a cure for breast cancer is very long and the treatment of this disease has not been decided yet. It is strange that no cure has yet been found for this disease, which has been diagnosed for a long time, although there have been successful advances in its control.

Since the first recorded case of breast cancer in written history, much research has been done and this process continues, and the treatment of breast cancer, for which the symbol “Pink Ribbon” has been chosen, is still escaping from human clutches.

By the 17th century, only a few minor changes and innovations had taken place in the primitive treatment of this disease called burning or scalding. In recent years, following studies on the possibility of anesthesia, adventurous physicians have increasingly resorted to surgical procedures. Over time, the use of surgery became more widespread, and surgeons tried to completely remove tumors from the breast, which is referred to as the first surgery for breast cancer.

Until the late 17th century, the link between breast cancer and lymph node inflammation remained unknown. In fact, two surgeons, one Jean-Louis Petit of France and then Benjamin Bell of Scotland, decided to remove one of the lymph nodes defective due to cancerous tumors.

Radical mastectomy was common even in the 1970s. From the 1970s onwards, there were many changes in the treatment of breast cancer, which were far removed from the primitive method of treating tumors. There are currently many options available to women to choose the treatment that works best for them. These procedures include breast cancer tissue resection, as well as the use of radiation therapy and chemotherapy. These treatments are very important, specialized, accurate and more effective than other methods during and after treatment. Today, the number of breast cancer survivors is much higher than the number of people who survived the deadly disease in the past.

Breast cancer has been diagnosed in humans since ancient times and has been referred to in most written historical periods. The disease is diagnosed by doctors in the early stages because of the obvious symptoms, especially in the secondary stages, when the masses turn into cancerous tumors. Because, unlike other internal cancers, breast cancer masses tend to appear as cancerous tumors, this type of cancer is easier to diagnose than other cancers.

In the past, because the disease was considered a taboo and associated with a sense of shame, the diagnosis was very limited. It was also rare to mention breast cancer in texts other than medical journals and books. But over the past three or four decades, more women have been infected with the disease and its spread has lifted the disease out of isolation. In the 1990s, a revolution in the fight against cancer was introduced with the introduction of the “pink ribbon” as a symbol of the disease.

The Egyptians were the first to mention the disease 3,500 years ago. One definition of the disease refers to tumors in the breast that have no cure.

Then in 200 AD, Galen described cancer more fully. He also referred to soda (black bile) but, unlike Hippocrates, believed that some tumors were more dangerous than others. He also prescribed drugs such as opium, castor oil, licorice, sulfur, and various dressings to treat it. During this historical period, the reason why surgery was not performed was because breast cancer affected the whole body.

Breast cancer in the 17th and 18th centuries

Until the 17th century, Galen’s theories about breast cancer were widely believed. In 1680, a French physician named François della Bossilvius challenged the theory of the “Hippocampus of the Hippocrates”. He hypothesized that cancer would not be caused by an increase in soda (black bile). Rather, the disease occurs following a series of chemical interactions in lymphatic secretions.

Other theories, such as Johannes Diegorter, have suggested that purulent inflammation inside the breast may be a cause of breast cancer. On the other hand, “Claude Nicholas Loctet” mentally disorders and depression and “Lawrence Hallister” not having children and other doctors cited a life of physical inactivity as the main cause of this disease.

It was in 1757 that Henri Le-Dern, a leading French physician, stated that surgical removal of a cancerous tumor would help cure the disease. Claude Nicholas Lecter also claimed that surgery was the only effective treatment for breast cancer. This procedure continued until the twentieth century and paved the way for the creation of an extreme mastectomy or the removal of large volumes of breasts.

The evolution of breast cancer in the 19th and 20th centuries

Until the mid-19th century, surgery was one of the most popular options for treating breast cancer. Many advances in disinfection (especially medical equipment), anesthesia, and blood transfusions during this period increased the chances of survival after surgery.

William Hallstead, an American surgeon and the founder of radical mastectomy surgery, removed the breasts, armpits, and muscles of both breasts separately or simultaneously to prevent the spread of cancer by removing any of these components.

Radical mastectomy was the leading treatment for breast cancer during the first four decades of the twentieth century. Although this operation, especially if done early, can help women live longer, many sufferers refuse to do it because it disrupts their body shape. In addition, there are problems such as deformity of the chest wall and swelling in the arms following the removal of lymph nodes and the resulting pain.

In 1895, Scottish surgeon George Biston received a removal of one of his patients’s ovaries to shrink breast cancer tumors. Following this achievement, many surgeons began removing the ovaries and performing radical mastectomy to treat breast cancer.

In 1952, Charles Hodgens underwent adrenalectomy to stop estrogen uptake by tumors. Ralph Left and Herbert Oliverona, on the other hand, removed the pituitary gland as another source of estrogen production.