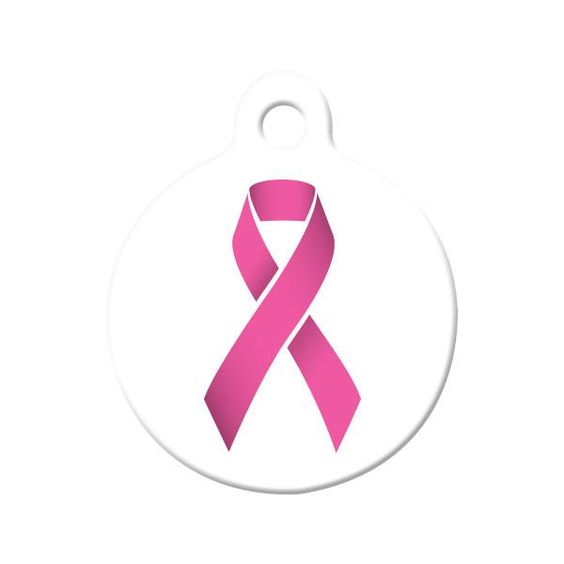 The pink ribbon is an international symbol of breast cancer awareness. Pink ribbons, and the color pink in general, identify the wearer or promoter with the breast cancer brand and express moral support for women with breast cancer. Pink ribbons are most commonly seen during National Breast Cancer Awareness Month.

Charlotte Haley, who had battled breast cancer, introduced the concept of a peach-colored breast cancer awareness ribbon. She attached them to cards saying, “The National Cancer Institute’s annual budget is 1.8 billion US dollars, and only 5 percent goes to cancer prevention. Help us wake up our legislators and America by wearing this ribbon.”

Haley was strictly grassroots, handing the cards out at the local supermarket and writing prominent women, everyone from former First Ladies to Dear Abby. Her message spread by word of mouth. Haley distributed thousands of these cards.

The peach colored ribbon of Haley aroused interest from Alexandra Penney, editor in chief of Self magazine, who was working on Self magazine‘s 1992 National Breast Cancer Awareness Month issue. She saw the initiative to adapt to Haley’s idea by working with her. But Haley rejected the offer saying that Self’s initiative was too commercial.

Unable to use Haley’s peach ribbon for legal reasons, Self magazine and others interested in promoting breast cancer awareness with a ribbon as a symbol decided to go pink.

The color pink is considered feminine in modern Western countries. It evokes traditional feminine gender roles, caring for other people, being beautiful, being good, and being cooperative.

The pink ribbon represents fear of breast cancer, hope for the future, and the charitable goodness of people and businesses who publicly support the breast cancer movement. It is intended to evoke solidarity with women who currently have breast cancer.

While specifically representing breast cancer awareness, the pink ribbon is also a symbol and a proxy of goodwill towards women in general. Buying, wearing, displaying, or sponsoring pink ribbons signals that the person or business cares about women. The pink ribbon is a marketing brand for businesses that allows them to promote themselves with women and identify themselves as being socially aware. Compared to other women’s issues, promoting breast cancer awareness is politically safe.

Each October, many products are emblazoned with pink ribbons, colored pink, or otherwise sold with a promise of a small portion of the total cost being donated to support breast cancer awareness or research.

The first breast cancer awareness stamp in the U.S., featuring a pink ribbon, was issued 1996. As it did not sell well, a new stamp with an emphasis on research was designed. The new stamp does not feature the pink ribbon.

Wacoal launched a bra in 1999 known as the Awareness Bra, which features a pink ribbon on each band to remind women to be conscious of their breast health. In 2001, the Fit for the Cure campaign was launched to raise funds for breast cancer awareness and research. Wacoal donates to Susan G. Komen for every woman who participates in a complimentary fitting during Fit for the Cure.

In Canada, the Royal Canadian Mint produced a silver commemorative breast cancer coin. 15,000 coins were minted during 2006. On one side of the coin, a portrait of Her Majesty Queen Elizabeth is illustrated, while on the other side a pink ribbon has been enameled. Additionally, 30 million 25-cent coins were minted with pink ribbons during 2006 for normal circulation. Designed by the mint’s director of engraving, Cosme Saffioti, this colored coin is the second in history to be put into regular circulation.

In most jurisdictions, the pink ribbon is considered public domain. However, in Canada, the Canadian Breast Cancer Foundation claimed ownership of the ribbon as a trademark until it was voluntarily abandoned.

The pink ribbon is frequently used in cause-related marketing, a cooperation between non-profits and businesses to promote a product that also supports a cause. Because the pink ribbon is not licensed by any corporation, it is more open to being abused by businesses that donate little or none of their revenue to breast cancer research. While companies such as Estée Lauder have distributed over 70 million pink ribbons, and donated over $25 million to breast cancer research, other companies have been discovered using the pink ribbon inappropriately—either by not donating their profits, or by using the pink ribbon on products that include ingredients which cause cancer.